V-EX OVERLAND is a new project which will be run by Veterans In Action (VIA) to help veterans suffering from the effects of war or who have found the transition to civilian life difficult.

VIA take a non-therapy approach to helping those who suffer and instead use the outdoors, centre based projects, adventurous activities and expeditions to help veterans rebuild their confidence, self-esteem and self-belief.

VIA have run many long distance walking expeditions across the UK over the last 7 years. These walks have covered a distance of 13,000 miles with over 500 veterans suffering from Post-Traumatic Stress Disorder (PTSD) taking part. The impact these walks make to the participants is huge not only to them but also to their families with renewed belief in themselves and their future.

Veterans Overland will run in the same way as our walking expeditions and will work in two ways with two distinct phases:

The first planning meeting took place on the 19th of September 2017 which included 6 mechanics and VIA expedition leaders all of whom are veterans from different Corps and Branches of the armed forces.

The aim of the project is to have 3 expedition prepared vehicles at the end of the build phase, a Land Rover Defender and 2 x Land Rover Discovery's all with 300tdi engines so that all vehicles will have interchangeable parts i.e.: transmission and engines.

Work will start initially on the Land Rover Defender and then once complete mechanically work will start on the Discovery's. All vehicles will be fitted out with off road items and attached tentage system to accommodate a minimum of 10 people.

In addition to the three vehicles the ream will source an ex-military Sankey Trailer which will be also be expedition prepared.

As the project progresses more veterans will be invited to participate and will work under instruction of the mechanics and learn all aspects of the build and the vehicles they are working on. 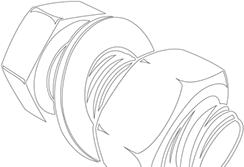 Throughout Phase 1 the planning will be undertaken for an Overland Expedition to coincide with the centenary of WW1.

2018 is a very important year in the history of our country being that Armistice Day on the 11th of November is 100 years since the last shots were fired in the 'Great War' supposedly the war to end all wars.

Unfortunately from the start of the 'Great War' in 2014, British Troops have been involved in conflict every year for 100 years when our forces pulled out of Afghanistan in 2014.

Veterans Overland aims to visit many of the locations of the battlefields that our veterans have paid the ultimate sacrifice including WW1, WW2 and the more recent wars in the Balkans.

As a charity that helps veterans who suffer from PTSD this will also be an important part of our expedition and we will visit locations and learn about the first recorded origins of PTSD in the battles of Thermopylae and Marathon in Greece, discovering what happened with those suffering from shell shock in WW1 and combat fatigue in WW2 all precursors of the modern diagnosis called PTSD.

A huge part of the expedition is that some veterans will have served in the recent wars in the Balkans and have suffered due to the experiences they had and it is our aim to visit some of the locations they may have served to help exercise demons of the past and see that their service has helped transform these countries.

This expedition will be the first of its kind and will be approximately 6 weeks in duration with a crew of 10 veterans which may be interchanged during the expedition at certain points. The plan is to travel through many countries off road where possible and also wild camping where possible.

The outward route will take in the following countries:

The return route will take in the following countries:

This expedition will be life changing for all those taking part who will exercise demons from the past and find a new confidence concentrating on the future instead of looking towards the past as those suffering from PTSD are prone to do.